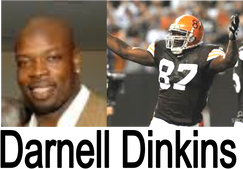 Watkins Class of 1996, CEO of E.T.H.I.C. Training. a former star quarterback at Schenley High School who went on to play for Pitt and eventually for a series of NFL teams, culminating in a Super Bowl win for the New Orleans Saints. E.T.H.I.C. Train- ings character training for young athletes before their college years. E.T.H.I.C. Training is an acronym for Effort, Toughness, Heart, Intensity, and Commitment. Darnell is making a difference in people's lives. 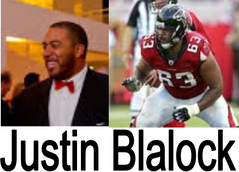 Watkins Class of 2002. Justin Blalock has run the Justin Blalock Foundation since he retired after his eighth season as the starting left guard with the Atlanta Falcons. A native of Plano, TX, Justin started 14 games at the left guard position as a rookie in 2007. Before establishing his NFL career, Justin started as a Right Tackle for the Texas Longhorns. During his college career, Justin became the only Longhorn player to start 51 consecutive games. He is well known for providing the block that allowed the quarterback Vince Young to make the winning touchdown in the 2005 Championship Game against USC. 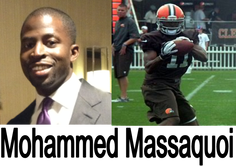 Watkins Class of 2005, Mohammed is a tech business professional and former NFL player. He played college football at Georgia and was drafted by the Cleveland Browns in the second round of the 2009 NFL Draft. At the University of Georgia, he had 158 catches for 2,282 yards and 16 touchdowns, which ranks fourth best in school history. He played high school football at Independence High School in Charlotte. During his four years there, his team did not lose a single game and won four straight state championships. 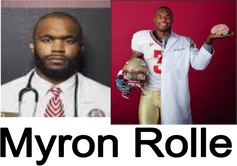 Watkins Class of 2006, Myron went to Florida State for college. Then to Oxford in England for a master's degree. Was drafted by the Titans and was with them for two years, and then one year in Pittsburgh with the Steelers. Then he went back to Florida State for medical school, and now he is a neurosurgery resident. He was also a Rhodes.
Scholar along the way. 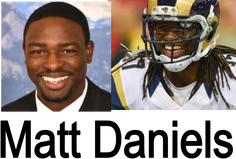 Watkins Class of 2008, Matthew Daniels is a former NFL player and current assistant special teams coach for the Los Angeles Rams. He was signed by the St. Louis Rams as an undrafted free agent in 2012. He played college football for Duke. After a four-year stint as a player in the NFL, Matt started his second career as an NFL coach. 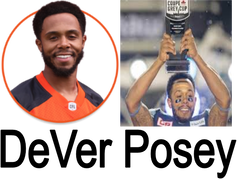 Watkins Class of 2008, DeVier is a professional football wide receiver currently a member of the BC Lions of the Canadian Football League. He was drafted by the Houston Texans in the third round of the 2012 NFL Draft. He played college football at Ohio State. On Nov. 26, 2017, De Vier scored a touchdown in the 105th Grey Cup on a 100-yard pass play, the longest pass in the championship game history, and was named the Grey Cup Most Valuable Player. 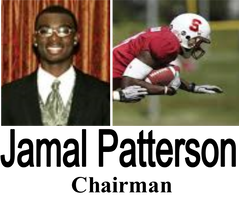 Watkins Class of 2009, Jamal is currently an executive at UPS and on the fast track to success. In the Class of 2009, Patterson was one of Stanford's premier recruits. A four-star receiver from McDonough, Georgia. In high school, Patterson was among the top receivers in the country and had a big senior season, catching 56 balls for 1,150 yards and 13 touchdowns. Over his four-year varsity career, Patterson caught 144 passes for 3,100 yards and 41 touchdowns and carried a 4.65 GPA. 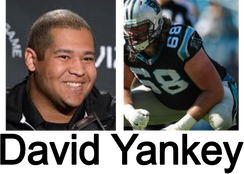 Watkins Class of 2010, David, a professional football player, was selected by the Minnesota Vikings in the fifth round (145 pick overall) of the 2014 NFL Draft.! He played college football at Stanford, a two-time consensus All-American. David attended Centennial High School in Roswell, Georgia, where he earned four varsity letters. He also earned Centennial's Excalibur Award, an award that honors excellence. 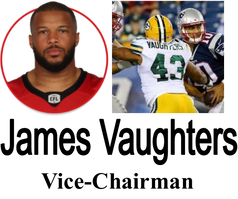 Watkins Class of 2011, James is a professional football defensive lineman for the Calgary Stampeders of the Canadian Football League. He played college football at Stanford. Vaughters was signed by the Green Bay Packers as an undrafted free agent in 2015. At Stanford University, Vaughters earned a degree in political science; he is pursuing graduate degrees. At Tucker High School in Tucker, Georgia, Vaughters accumulated accolades as a student, community mentor, and athlete. He graduated in the top 10% of his class with a 4.0 GPA. 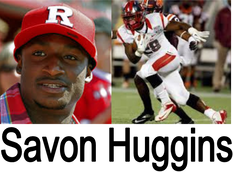 Watkins Class of 2011, Savon is CEO of DOWIT (do whatever it takes), a training company. "Do whatever it takes. Prepare for the unknown. "From a five-star career at Jersey City (N.J.) St. Peter's Prep to Rutgers football to the NFL and CFL, Savon lives by the slogan. Thanks to the latest step in Huggins' career path, many other New Jersey athletes have the chance to learn the same lessons. 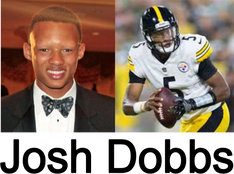 Watkins Class of 2013, Josh is currently a Quarterback with the Pittsburgh Steelers, NFL. Josh played college football for the Tennessee Volunteers. Josh majored in aerospace engineering during his time at the University of Tennessee.il The
university presented him with the 2017 Torchbearer Award, the highest honor for an undergraduate student, which. Recognizes accomplishments in the community and academics. Dobbs was heralded as possessing a perfect 4.0-grade point average.
Donate