Holton Hill joins the Minnesota Vikings as a free agent. The Franklin D. Watkins award nominee has a great chance to play in the Vikings back field.

Bryce Love to return to Stanford.

​Stanford's Justin Reid selected in third round to Houston Texans!

Stanford junior S Justin Reid, and Franklin D. Watkins Award Nominee  was selected in the third round of  the 2018 NFL Draft .Reid (6'1/195) was a picked by the Houston Texans. 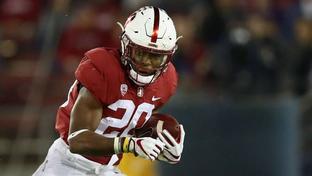